I was born in Kamakura, Kanagawa, Japan, in 1985. When I was a teenager, I studied aboard in London, England for 4 years, and traveled to various European countries (France, Italy, Switzerland, Greece, etc.) and studied European culture. After returning to Japan, i served as Vice captain of Kendo Club at Hosei University Faculty of Engineering to study Japanese culture again. After his retirement, he began learning Mugairyu budo from Chikaoka Souke to learn real Bushido. I was very very impressed with his Budo. After lot of training, he received the Kyoushi 7th dan and Menkyo(免許) of Mugairyu from Chikaoka Souke. 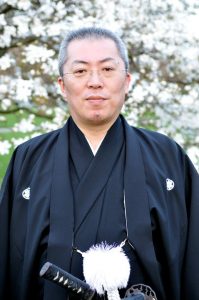 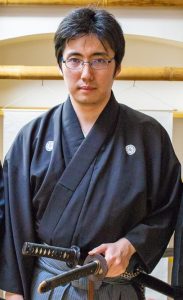